We had discovered our baby had stopped growing, perhaps two weeks previously, the previous Thursday afternoon. I was at home with my toddler when I realised there was something wrong.

That Sunday morning we went into the hospital. I was to have an ERPC. I was terrified about what would happen to my tiny microscopic baby. I didn’t want her to be chopped up and put on a slide or to be damaged by whatever instrument was going to be used to clean out my womb where she had lived for such a short time. I was horrified by the thought of it and devastated that my baby had died and my body hadn’t noticed. I took a book with me and this is how I made my way through that day. I fasted since midnight. I held my tummy so my baby could feel me. I packed a bag. I got my clothes ready. I had a shower. I got dressed. My husband dressed our toddler. We got into the car. We drove into town. We parked in the hospital.

We sat in a room. Margaret would look after us. She took my blood pressure, temperature and clipped the thing that measures oxygen. The doctor admitted us. I had a cannula put in and bloods taken. I signed the consent form. I changed my clothes. My husband flushed out the cannula. He helped me put on the gown and took my necklace. Margaret and a porter rolled me out of the room. I saw a cross on the wall opposite. We stopped under the sign for the foetal assessment unit. My husband held my hand. Margaret put her hand on my shoulder. We turned left past the postnatal ward. We waited for the lift. I was rolled into the lift. I said to my husband the last time we were here we were waiting for our son to be born. We got out of the lift and I saw a sign for the paediatric ward. I told Margaret my son had been admitted there after he was born. We went down the corridor past the lab. We stopped outside the theatre. The porter opened the door.

We went in. I was crying. We saw the obstetrician. I had to say goodbye to my husband. He had to wait. The obstetrician and Margaret took me to a ward to talk. I listened as she told me what would happen to my baby. I told her I knew my baby was small but I did not want her left in a lab or on a slide. I managed to speak, to explain myself and we decided to keep her in saline and collect her on Wednesday like a real dead body. I’ll get to take her home to bury with my Grandad. I was rolled out of the room. I was rolled into theatre. A nurse introduced herself. Another nurse explained she would attach fluids to the cannula. It wasn’t working. I told them it may have been flushed out too late (it was blocked). An anaesthetist came in. He seemed inappropriately cheery. I told him I was feeling really shit. It was like he didn’t know why I was there. My teeth were chattering. I was really afraid. The anaesthetist said he’d give me something to relax me. I don’t remember going to sleep.

I woke up. It was like I was having a weird nightmare. I would see the shape of the ceiling tiles. I knew there was someone there. I asked her name. I could see a clock. My husband was there. I could feel my hands. He held my hand. I asked the nurse’s name again. I couldn’t focus on anything. I was afraid. I could see the clock it was 11:30. The room kept moving. I began to see the room. I saw the nurse and my husband. I drank the water. I asked him to hold the glass. He tried to give me the cup to hold. She gave me water. I asked for more. I was very thirsty. I told them. I saw the clock. The room kept moving. I closed one eye and I could see in focus. My husband gave me more water. A nurse came to bring me back to the ward. I cannot remember the journey back downstairs.

My husband went for food. I listened to the Calm app. I closed my eyes and listened. I rested. I texted people. The nurse helped me go to the loo. I drank water and ate ice. I cried for my dead baby. She wasn’t in me anymore. I wrote in my book. My husband came back. We ate ice cream. I went to the loo & Margaret came with me. I changed the pad. It wasn’t as bad as I expected. I went back to bed. Margaret brought me tea and toast. I buttered the toast and put on the marmalade. I ate the toast and drank the tea. I held my husband’s hand. We talked about names. He went to get me something to eat. I frightened an intern when he asked me how I was feeling. I told him my baby’s dead! I feel like shit! He eventually left when I told him I was physically fine. He said he was going to check something. I told him I was hungry. I rang my husband. I didn’t want to be alone if that doctor came back. I rang him again and texted him. He arrived back with a banana for me. I ate the banana. We chatted more. I went to the loo. Margaret took off the drip. I washed my hands. I got back into bed. I read a bit. My husband told me about the people he’d met (he’s a nurse). Yvonne brought me a salad and tea. She used to live nears us when we lived in town. Her little dog died last week. I said I was sorry.

My husband went for petrol. I rested and texted friends who had been in touch. We waited for Fr. Gerard. Margaret brought us a remembrance book to write our baby into. I wrote, “you were taken out of me today and your big brother will never get to show you how to have ‘drinkies’ or kiss your head or tickle your little feet. We will always tell him about you and he will always know you existed. We love you so much”.

My baby is dead she’s gone. I can’t feel her anymore. I got dressed. Fr Gerard arrived to say a prayer for our baby. He called her our child. We got a prayer said over us too. The laying on of hands on the head while someone prays over you is so incredibly strong. Margaret checked my temp, bp and oxygen. She took out the cannulas. The doc on duty discharged us. She was incredibly nervous and so unsure. We left the hospital. I didn’t feel the need to run this time. I saw the door to the postnatal ward where mothers held their babies and turned left to leave. We walked out the door.

The birds were singing and the sun was shining this made me smile. We sat in the car. I got out of the car. I walked into the kitchen. My son ran at me shouting “Mammy Mammy”. I picked him up and he wanted to feed. He made me smile. We sat down in the sitting room. Five minutes later he was trying to open the pizza box to put it in the oven. I fed him while we watched Fireman Sam. We had pizza. We changed his nappy and put on his pjs. I didn’t sleep that night. My stomach was so empty. The change from being pregnant to not was sudden.

It’s been a year. We called our baby Fran and we had a funeral for her. The state would not make a record of her existence. Our state refuses to acknowledge the grief we feel. We were not allowed to take bereavement leave. The only record of her life is on the records in the cemetery and we paid over €100 to make sure she was named. My baby would not be buried in secret. She is part of our family.

Miscarriage is an illness, nothing more in the eyes of our state. This compounded the anger I felt a year ago. I’ve learned to live with my grief and understand that of my husband’s too. It has been a very difficult year. But I am surprised tonight as I typed out the words that I wrote last year. Words that I have only just read again for the second time. I can deal with my emotions now. The grief is no longer in charge of me. Last weekend I bought a box. Into it I put a little cardigan and hat that I had knitted for her due date, some candles, the cards that people sent us, the certificate naming our baby giving to us by the hospital and a jar with white stones and shells that we had collected on the beach. We have nothing of her, no picture, no hand print, no lock of hair. She is a memory… 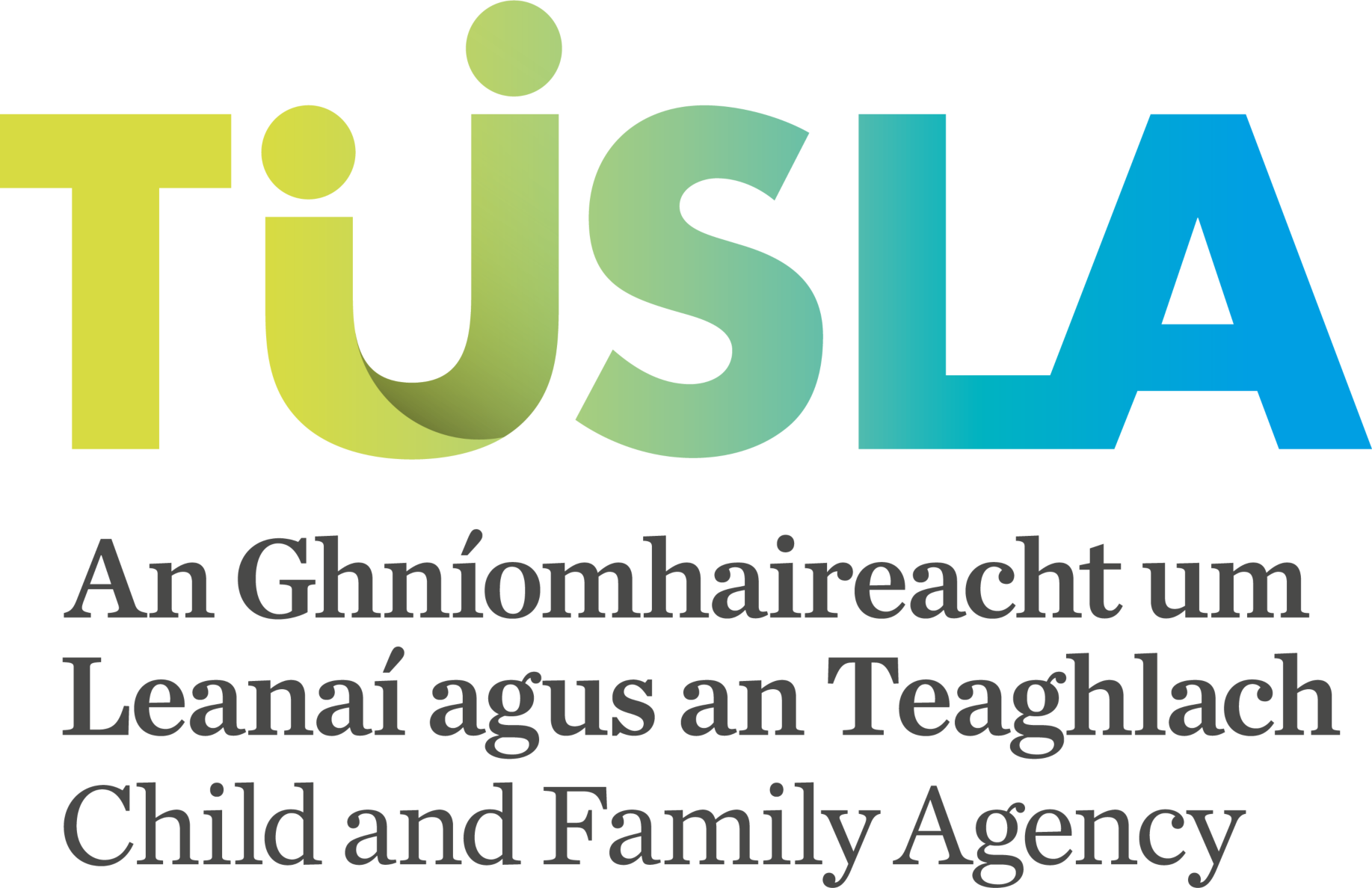